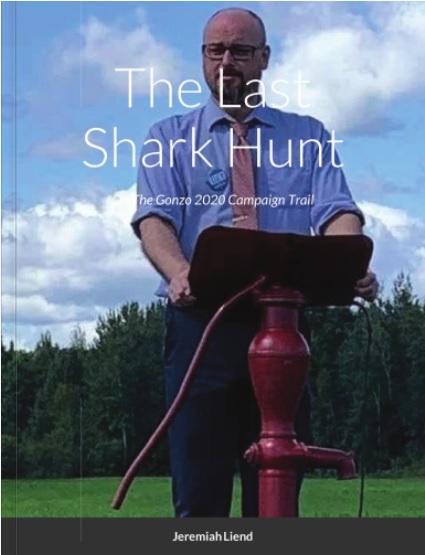 Clear the moon. We are free to drop. I'm going to be entirely honest with you. I've taken a compound you are certainly familiar with. Which I would rather not mention specifically. But which has connected me onto the third rail of existence.

Of the many incoherent things I could forward to you, I just want to say that I appreciate you, and your efforts. Let us begin at this place of shared, earnest wonder and move forward as one.

The shamans and druids of old, who would imbibe their mushrooms and cacti, and howl at the moon and stars, before clawing back from that place wisdom and perception are gone from this age. What we are left with are beings of energy and light, communicating through devices incapable of truly transmitting those essences.

There are certainly people who should not do hard drugs. Their frail and unmolded minds crack at the first attempts to bend perception outside their understanding. But there are others who can transcend that bridge. To stand bathed in Promethean wonder, witnessing the grand tapestry of existence unfolding.

It is a story. If I could only tell you the story, using the exact words that have been provided. But ego demands that it should be flavored with my perspective. Without perspective (the narrow cone through which our universe pours) then we are nothing. We are but a wave within the churning of the tides. Uncomprehending of how our own part to play is critical to the whole.

“I've got a head full of quality LSD, but not the gun large enough to shoot God.”

-The Dustjacket of the Motherfucking Universe

I think about the CIA using this stuff to make killing easier, and how it had the opposite effect. That it instead made people realize that they were part of a much larger universe into which they were an active participant.

If only we could build a gun large enough to feed the world. What a magical achievement that would seem. And yet here we are! Trapped in the intransigent reality of our day to day. If only we could find the unity, courage, and commitment to at long last break free these shackles of bondage to our minds, spirits, and bodies.

If only everyone had ready access to quality drugs, guns, ammunition, and food stores. Imagine! IMAGINE WITH ME!!!

Let us travel to that place, beyond human existence. That far shore, untold millennia in the future, when our lives have been consumed as so much dander within the churning of the ages. That place where evolution and time has taken us there exists but one creature.

It is an Apex creature of such immense proportion and understanding that all previous iterations of life were protozoan in comparison. Into the beast has been placed the sum knowledge of all existence. Human history, arts, and science, catalogued and ordered for optimal consumption. It is a magnificent shark that has been left with no one to witness it. Inglorious and savage it waits just below the surface. Unwilling and unable to surrender to the cold expanse of oblivion.

I'm doing fine, thank you. By the by. I'll probably come out for water at some point. At one point I realized the best way to clean this office was to put everything in contractor bags and blow it into the void of space. But I am working on a more reasonable/practical solution.

This is all breaking down to participation in the National Novel Writing Month. Or some nonsense. That has taken us quite literally to the ragged edge of the known universe in a desperate search for just one more word.

Just give us that one more word, sweet Gods. Show us that the energy we spend here is not lost to eternity. That what we build upon is built then upon by those stronger and greater than us. Let us be a bridge to that place, no more or less.

We have spent countless hours transcribing these lunatic concertos. What we do now is no more or less than anything that has been committed. These, vast and uncomprehending searches for the escape hatch. The formula. The communication.

For although distorted by spacetime our truth can abide beyond these mundane measures. Tonight I stood between Justice and Judgment naked and unafraid. In the night I lay abased before the silent sky, wishing only to see once again the stars that guide me.

The stars were gone and in their place was an ever shifting kaleidoscope of possibilities. Eventualities. Roads that have been both taken and ignored. Paths explored and long forgotten. We attempted to use our Art to expose an opening, but none would be had.

We even pressed Leroy into the adventure (despite his age) and despite his willingness to sit in the cold night with me (bless him forever) the Gods did not deliver reprieve or salvation. Epiphany or revelation. What God did say to me:

You shall write a book that begins the world and one that ends it, and between these stories the sum total of humanity exists. You shall call this The Book of Q and within it will rest the stories of every human who ever existed. Preserved. Catalogued. Remembered for all time against the ebb and flow of timeless ages.

Before I allowed myself to consider bed, I went to War for those Stars. In typical fashion I was forced to fight for the enemy, I died not understanding what I was doing, and my losing was made even worse by some casual hate speech.

This cyber Gethsemane is a poor substitute for honest enlightenment, but you would be surprised at how much you can still get on black market for as little as $9.

Enough. Let the great shark rest now. At least as a literary vehicle. It has spent enough time. Occupying that space in our story.