An Open Letter To Noah Hawley, The Creators of TV Fargo, et. All.

To Whom It May Concern,

As a person who was born and raised in Bemidji, Minnesota, I feel within my rights to sue your entire works into the ground for cultural libel/slander. But such a crime has yet to be  recognized by the courts. As a writer, this will not stand. The following Jeremiad will cover a number of failures on the part of those responsible, but the collapsed and most important message is; the profit that you reap from debasing our culture offends me. That I have seen great men and women live, and breathe, and wage war against mediocrity to their last breath, and finally die within the sacred borders of Bemidji is a blessing that is intangibly precious to me, and to those who continue to war. Meanwhile, in Canada, a dark comedy plays out a sad teleplay of violence and ignorance used in turn to forward an imagined narrative, using the claim of actual events. That you, Noah Hawley, have written these things, and forwarded them as representative of whatever you believe is truth, is a failure of both art and industry. Let me give you some really quick and free research tips to help guide you, should a second season emerge from the ashes of your atrocity.

I watched a full hour of television representing my city, and I didn't see a single Native American person. Not only not a person, but not a piece of art, or literature, or anything. I wonder if you even bothered to learn what Bemidji means, or about the people who have lived here for the last several millennia? Did you know that archaeological evidence uncovered during construction revealed artifacts indicating that people have been living near the lake since the glaciers receded. Like the people who have always lived here, I had no agency in being born there. But I have always considered it a blessing. Bemidji is surrounded on three sides by the reservations of Red Lake, White Earth, and Leech Lake. Did you know that stores in downtown Bemidji display store names and other words in Ojibwe? It isn't giving back the land white people “discovered”, but is seeks in a small way to bridge the cultural gap that continues to divide people at a time when unity is needed most. Did you know that as tall as Paul Bunyan is, there is an equally large Native American, across the street, saluting him? I will include a satellite image. Google gives them away for free. Honestly, I have always found it more than a little disturbing, and prefer the other statue that is somewhat smaller, but a much more refined work. The art seeks to bridge the cultural gap that requires mending, as we look towards the future. I know a few artists working on a project to create a true statue for Shay-now-ish-kung, known to the French fur traders as Chief Bemidji.

Did you know that Bemidji is the first city on the Mississippi? It is the only city that the mighty river flows north to. After Bemidji, it begins the journey to the gulf. Bemidji is uniquely situated in a forest that is slowly receding. Only 20 miles to the west, the prairie meets the pines, near the source of the headwaters at Lake Itasca. There are deer everywhere. Not just in an opening shot as an inciting incident, but in a perpetual state of inter-species conflict, played out at great speed, over major highways cutting through the aforementioned forest. Bemidji also has a pipeline, now. Maybe more to come? I was taking care of my Grandmother at the time, or I would have chained myself to something. The presence of the pipeline was seen as a great boon to the local economy, though. Bemidji is the county seat of Beltrami County, which competes with our neighbor Clearwater County for poorest in Minnesota. You had the Hess family have a maid. I laugh at your maid the way anyone who has seen and known the natural poverty, let alone the destitute poverty, that perpetuates my home.

In spite of these things, despite them, and in order to spite them, an entire generations of adventurers from all walks of life and corners of the planet have rallied to the cause of the environment, the arts, and community. Great strides have been made against the hegemonic culturescape. Beyond mere financial success, there has been a dedicated and elite core of musicians, performers, filmmakers, and artisans who have developed and sustained valuable lives. We seek to exist in equilibrium with the grand lake that is our namesake. We are also a city of advocates, and writers, and scientists, and educators, and I could and would go on. All of this progress towards social relevance in a geography dominated with pessimism and attrition, and then you with your stupid fucking snuff show. Shame on you, sirs, and madams. For shame. Bemidji could have used your sweet film making dollars, and we would have contributed to your process. And instead, you went to Canada, to see what they think we are, and so that you could tell your story without criticism.

And I would have let you get away with it, if you wouldn't have said that it was based on fact. I would have let this whole thing slide, and enjoyed your fun little story. But I lived there, during that time, and I paid very close attention to who shot who, no matter what the names and faces. I know of a kid that was shot by police, a block away from a niece of mine, who was 7 at the time. I can tell you about the man that I drove to Saint Paul who had been stabbed to death. I can tell you about the man who was in the lake for a week. And these things are true. In a literal, Platonic, and universal way. True. And they are powerful because of this. And I am here to tell you, in so many words, that your lies stink of shit to the high heavens. You are the champion of mediocrity, and your attack against my culture shall soon be avenged 1,000 fold by arts of our own.

Here are examples of Native American culture, one at least 20' tall. 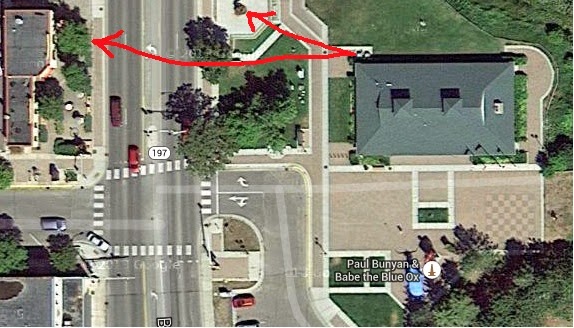 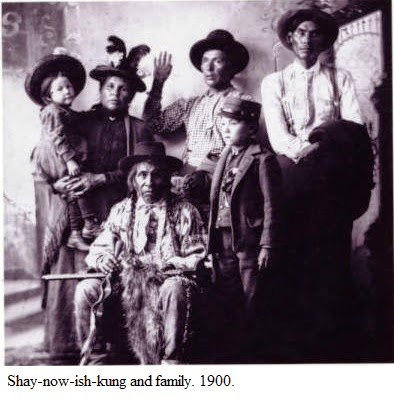