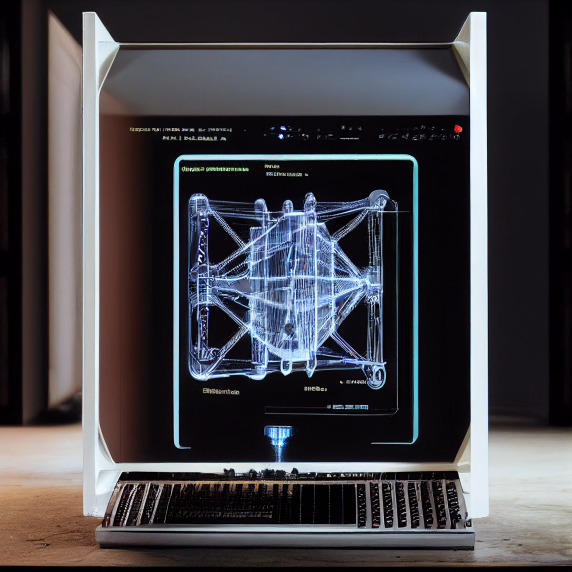 "I think the timecraft was attempting to arrange an extraction through a previous droid. Something about "T T P V V V Vrunt" and then unintelligible. Initially, I thought it was possessed, and people would otherwise say malfunctioning, but I don't think they sent me the extraction code. So. It may be that we are all of us now screwed. Sorry."

All,
If I could uninvent any one thing, in the entire course of human history, it would be the gun. To call it a gun is to simply explain a wide array of firearms we have used over the centuries to perforate and kill one another, across the globe. Entire nations are trained in their use. Vast reserves of automatic weapons, cached around our planet, could kill us all a billion times over. Up to 14 billion bullets are made globally every year, enough to shoot every person on the planet twice. In case you miss the first time, or they don't die, immediately. This is every year, and then we spend those, killing one another, and animals, and targets, and we have to create more brass to create more chaos to create more money. Selling your services as an assassin will get you thrown in prison for the remainder of your life, most places, but producing the bullets to do the killing is a multi-billion dollar industry, free of any moral obligation, or culpability.

But that is not the problem, with guns. The problems, for there are a few, with guns, is that you don't need any sort of training or education to own and operate one. I own two .22 rifles that were gifts, and they stay at my parent's house, where my child can't accidentally shoot herself, or anyone else for that matter. Because one of the many problems with guns is the fallacy of "The Responsible Gun Owner". To be clear, there are responsible people, but there is nothing more irresponsible than owning, and/or operating a gun. At best, you are hunting a species that needs population control because we've already killed every predator and also we still hunt the predators. We will kill, mount, and/or eat anything short of a Bald Eagle in this great nation. Canada should allow licensed Bald Eagle hunts for particularly vicious anti-patriots. Back home we are lousy with them. You see them in ditches, eating corpses. Much like America. Another problem with guns is the second amendment.

In a different rant I explain that the constitution was framed by slave holders who gave their slaves votes, before women. Thomas Jefferson was a slave rapist, and that crass asshole is carved into a sacred Indigenous American mountain. America was never good. We have always tried to be good, but in the end, we can only ever be strong. We are a warrior nation, bred of the most vicious and victorious genociders history has known. Numbers don't exist for the carnage we have brought to every corner of the map but our own. We even hold the dubious and singular distinction of being the only world power to use nuclear weapons. The war on terror has killed 2 million people. What is the cost of vengeance against a symbol? If we can kill them with remote craft, vaporize them with a missile, anywhere on the planet, from the clear blue sky, are we not now the terrorists? Have we not always been? Patriots and Terrorists never took off as a children's game, except among Bush and his staff. But back to the second amendment.

People with serious chemical dependency problems and unique mental disorders brandish machine guns around me and say "blah blah blah second amendment." And then I ask them "Oh really? What organized militia are you a part of?" And then they say "blah blah blah hate group. 'Merica." Merica is the hubris of the 21st Century. It is calling out the backwards hillbilly in all of us that convinces us it's a waste to vote, or pay attention to politics, because corporations own Merica now, and ain't nothing doin bout it nohow. Well, nuts, to that, I say. Nuts. If every person in the world really thought about the hate, and tragedy, and pain that comes with using a gun? They would bury them in the ground like Bob Dylan. They would just realize that they don't have to shoot anything, anymore, and that would be alright.

Happiness is not, in fact, a warm gun. Happiness is knowing a world beyond guns. When owning a gun is considered as ignorant and unjust as owning a person, because that is really what you own. The potential to end lives. To take the sum total of a miraculous, beautiful, infinitely impossible being, and just shoot some lead into it till it stops moving. At best, eat it. But do you need to eat it? Can't you just spend the money you would have spent on the gun, and bullets, and taking time off, and travel, just to murder a deer that you could probably kill with a spear, if you were a competent hunter. Which you are not. Sitting up in the air and shooting a gun doesn't make you a competent hunter, it makes you normal. As a child I did it, and it was not difficult. I could train an ape to hunt deer on a long weekend, but too many people would try to stop me to make it worth the effort.

The worst part is that nobody shoots the people who deserve to be shot. The robber barons, and the tyrants, and the hate mongers that ride the celebrity of working the ignorant into an indignant froth towards an "other" that wants to take their jobs, their women, their guns, and their dicks before rounding them into pens for meat processing. No one goes on a killing spree shooting Kony between his crazy, milky, evil eyes. No one fights their way inside prison and shoots Charles Manson where his heart may be. It would save the prison system so much money, and we really have to look out for the prison system, all of us. Without imprisoning more people than China, the entire republic would fall down like Rome and go boom. No one shoots up a gun convention, and this has never made sense to me. As an imaginary action scene, you can see a sort of old west barroom brawl, but with a chorus of fire, smoke, and explosions of reporting automatic hilarity. The old John Wayne drag them in front of the camera and shoot them in the mouth. The fire from the hip into the masses of trembling fat. The tiny dicks shriveling back towards the butthole, puckered itself to a pinhole, and the squeal of inevitable irony. Eventually there is just one man standing, and he is all coated in blood, and gore, and bone fragment, and pink macabre brain chunk, and he looks around at the corpses of so many great white people, what he imagines Gettysburg was, because he thinks the south won that battle, and he puts both of his pistols into both ears and screams as he empties both clips into his useless brainpan.

Nuclear proliferation aside, people talk about an insecure Pakistan losing a nuclear weapon, and I laugh, for a lot of reasons, I laugh. One of those reasons is how they were harboring Usama Bin Laden for a number of years while trillions of dollars were spent killing millions of people. Another reason is how silly it is to think that Pakistan or whoever, wouldn't just sell a nuclear weapon to whoever they want to. And what? Sanctions? Don't get me started about the red line. Please don't gas anyone. Oh, crumbs. You gassed people? Well... you have to live with that. That's on you. We're not world police, we're world security, and you have to be weak enough that you can't fight back, very well. But another thing that makes me laugh is that North Dakota, because that state is like the fourth largest nuclear power. North Dakota is filled with lunatic recluses who can stand living in an ocean of nothing, and laid off leathernecks high on hillbilly meth. I am fairly certain a person with a tractor and an afternoon could walk away from any number of installations with a few warheads and cheap commissary beers, to boot.

Try your luck with a military installation, but no, schools. Churches. Malls. Theaters. Because we hate the shooter, because they are cowards, and fiends, and we can never understand what would drive a person to those ends. But what I don't get, is where are all these fucking responsible gun owners, when the shit goes down? Where are these gun packing action heroes, ready to spring into action in a milliseconds notice to save the lives of many, through the tactical application of lethal force? What are we doing with all of these pistols, when we need them? Because we are all still waiting for you, out here.

Because my deal is, if we don't get guns, neither do the police. The police should be using stun guns and tranquilizer darts. This isn't crazy rambling. None of it. It speaks to you because it is truth, and the truth is, if we stop giving police guns, they will stop shooting people with them. They will have to do other things. You remember the responsible gun owner? What about the police? How do you kill 20 children without a single officer showing up to stop it? Why do you have to shoot unarmed people everywhere else, instead? Why aren't we dropping police out of the sky? Why don't police have jetpacks, and we take away the squad cars, and also stop calling them because someone is rocking too hard into the AM? I guess because we're all crazy and hormonal because our water treatment is tainted with anti-depressants and estrogen? Maybe we're all born crazy, because we are the children of crazy people. The entire function of our society is simply to marginalize and treat those who self identify as needing help, but the truth is, we are all of us holding on by the thinnest of threads.

The truth is that any moment of any day the wrong button being pushed means we are all nuked to death. If I could uninvent two things, I would uninvent the gun, and then the nuke. But, I also feel we are going to need nukes, in space. I had hoped that my child would not have to live in a world with the fear of nuclear annihilation, but I am as afraid of it now, if not more so. Trump on the button. I see a reality show in the works. I don't know what sort of larger anxiety the self knowledge of potential oblivion has. But I know that managing my ability to both ignore the news, and researching whether fallout survival is even a thing I want to do, is taking a prolonged toll.

Then there are these people with guns, shooting people. Over and over again. Smart guns, you know? Guns that lock inside of schools, and churches, and malls. If guns are impossible to control, do the same thing with bullets. RFID chips in bullets. Try to fire it in a wireless range, other bullets explode, rendering the weapon obsolete. There are a lot of solutions where men get to feel the raw power of life ending phallus while at the same time being unable to waste a busload of nuns.


Because this current shit isn't working. I'm going with the Bob Dylan approach. Mama, bury my guns in the ground. I don't want to shoot them, anymore.
Q
PS We eventually locked down the time issue. Apparently prank robot calls.
9/11/3021
Who wrote this trash?
Well, is there any more of it?