The janitor pulled out a pistol from his waistband and opened with a few rounds that went high and wide and I took that opportunity to hide behind a pediatrician. The pediatrician was having none of it and cruelly injected me with something powerful and yet not altogether unpleasant. Then they began hitting me about the head and genitals, so I took flight. Then there was another janitor with a gun, and here’s the thing, apparently every janitor packs a gun, but not everyone knows it. But, this janitor is also not ready to manage their adrenal response, and their rounds go high and wide, and I take this opportunity to close distance and take an eye out.

I don’t like violence. Let’s be clear about that, right now. You ever learn about the martial art Aikido? The original master was this war wearied post-modern samurai who refused to fight, any longer. So his second in command considers him a coward and tells him he will kill him for desertion, and takes his katana and attacks him, and the master just throws him aside. So he attacks again, and again, the master throws him aside. Attack after deadly attack, met with only the redirecting of energy away from violence. When he finally realized what was being done, the challenger threw his sword to the ground, and begged to become his first student. That is the legend, as it was told to me. Later, Stephen Segal would use this art to make fabulous movies about breaking bones and shooting faces. Stabbed poor Tommy Lee Jones in the skull with a knife. I took the janitor's gun. They were too busy worrying about their eye.

Then security shows up, and they are (of course) poorly armed (and trained) and start shooting a bunch of cowering bystanders just trying to get away from me. I don’t know why I decided to fire back. I knew how the game played out and I didn’t like how it played out. There are two versions, and on one, you ride on rails. Everything is designed for you, your victims placed between you and your goal, and you move along this path of destruction, using various weapons, and tactics, and skills at your disposal. The other game is an open world which punishes chaos. In this world, when you commit a crime, it may go unnoticed, with enough time and concealment. If, however, the violence continues, sentinels of the system are dispatched to deal with your crime in unending waves of retribution. There is no way to survive these, or any eventuality. So just relax, about the moral you may have been expecting.

So I shoot this security guard, probably a really stand up fascist, and then I shoot his ugly friend. Two bullets, each placed directly between the eyes. As with beef cattle, if you destroy the skull/brain between the eyes (pointing towards the center of the skull) it is a painless, cruelty-free means of ending a living creature’s life. That is how I hope to go, some day. If they give me a choice in the matter. That’s the thing, with those cowards controlling the death penalty. Why inject me with an experimental cocktail of poison, or shoot me with a firing squad comprised of pig-fucking sadists, when you can just leave me alone in a room with a pistol for long enough? I am not for the death penalty. I am for life in solitary confinement with a loaded pistol. This is one of the many reason I am not a supreme court justice. Then I grab the security people's guns, because they don’t need them (and weren’t good at using them anyhow) and just then that FIRST janitor shows up with the pediatrician. Everyone died but me and I was off for my Basic Income.

Picking up the Basic Income has become a real hassle. They never just mail it or transfer it digitally. You must go down there, to the office, and explain to them about how you are still alive and looking for work. Often there is a lot of begging and crying and mothers with babies offering crude favors for just a little bit more. $1,000 a month is what the Gubmint has worked it out to. $12,000 a year, providing you have an SS# and a second approved proof. Considering super-inflation the collapse of the medical industry into guerrilla warfare and the constant threat of being cannibalized by mutants I felt lucky they still had it in place.

I have a passport I keep current, always on my person. In the event I have to flee to some unknown, non-extradition nation. Some quiet somewhat unmilitarized place far from this doomed, bloated, and festering Republic. The primary problem for me are the student loans. I had played it loose and breezy in the ‘10s, cashing in on sequential educational “opportunities” that were more like crippling financial traps. I wanted to be a doctor of anything. In the middle of the ‘10s I had become a McNair Scholar. Far beyond the pittance of research money they threw at me before cutting off communication entirely, I once watched Ronald F. McNair ride a disintegrating space shuttle into the Atlantic Ocean. Lots of us did. The Challenger Disaster was an opportunity to show children across the US the height of scientific achievement. McNair had brought his saxophone, intent on creating the first Space Jazz. Payload Specialist Christa McAuliffe was to be the first teacher in space.

Instead her, McNair, Scobee, Smith, Onizuka, Resnik, and Jarvis got a 2 minute and 45 second parabolic ride into the ocean. Most investigators agree they were conscious following disintegration. The intact crew cabin can be seen exiting the debris field in footage. Switches that required a conscious effort were activated. What a ride. Years later I would hear about the  details of the Columbia Disaster. Space is dumb. Better to survive, as a peasant on Earth, than to blast around space looking for trouble. Space doesn’t deserve to know the terrible things we’ve done to the planet, our fellow life forms, and one another. I made a promise to ghost Ronald McNair, that I would become a doctor, for reals. Not just impersonating one at parties, and on the interweb. What a time to get a doctorate in education. But, scary ghost McNair may be appeased. The dream of Space Jazz lives on in me.

By the time my student loans, social security, fees, taxes, and restitution are paid up, my check for $1,000 becomes $63.71. I instantly cash it, bringing to my dealer, and buy a small amount of fabulously hallucinogenic drugs. I would rather have a small amount of fabulous than a slightly less meager amount of good. It is some breed of cannabinoid fused with fungi (somewhat bioluminescent) and supposed to offer a buoyant, energetic, panic-free high. In larger amounts, paranoia, vomiting, and psychic lycanthropy are known side effects. I would hate to turn into a brain were-creature, but I would also hate to be bored for the rest of my tired miserable existence. So I smoke the drugs and for an instant my utterly castrated role in dystopian corporafascism is wiped away and I am taken to a place of euphoria, humility, and raw joy piped directly to my Lizard Brain. My mind is left to wander.

So long away from a keyboard. Too long. The tap of surface screen lacks the tactile commitment to communication. Life through the feeling of glass. Letters were meant to be beaten into submission, not skated over without friction. If we lived in a truly friction free world no one could stand up. We would all be slipping all over everything, sliding this way and that. We need to feel, to create, to communicate, to send our ideas, and hopes, and dreams forward. To bored kids everywhere. If they are to survive. Which is getting odds, these days. It was a good run. 2176 would be something else to see. 400 years of Republic. The Roman Empire was just shy of 1500 years, before they finally gave in to collapse. Egypt is still putting up a fight and those people have been living there for 5000 years or so of recorded history. Still a ways to go, USA. Without collapsing and/or nuking us all. Thanks, for that. Gubmint.

Every morning I wake up not in the wasteland of nuclear holocaust is a good one. My Grandpa used to say “Any day’s a good day, if you’re alive.” I believe it. Better to be a living participant in this grand experiment, then rotting underground, or as ash in the thinning wind. From space dust constituted into space dust to return. I’ve been working my damnedest on a functional time phone, but the tachyon people think I’m a raving lunatic. Disciplinary bias will be the undoing of us all. Here we are, functional immortality well within our scientific grasp, and yet, here we remain. Stalled out on the road to progress. Buzzing off limbs with rusted saws. Poisoning cancer away. We spent our billions of medical research dollars on battling toe fungus and raising ill begotten boners. Cancer can wait, how can we get those old people back into fucking?  Why won’t anyone think of those limp dicked old men?

Better boner pills than pistols and rifles, I guess. We should all bury our guns in the ground, as instructed by Minnesota boy does good Nobel winner Robert “Bob” Dylan née Zimmerman. Fight wars with swords, and bows, and gasses. Settle border disputes with pay-per-view blood/future sports. Let us not die in ditches, dirty water racing down our throat as we perish dirty, broken, and alone. Let us die on live television so that the world may see we fought with honor. Enough of this beheading unarmed people for clicks. A human life is worth more than a few million clicks. The evolution of postmodern humanism is in the abandonment of the weapons of our fathers. Let us use the rocks and sticks our people once used in unison, to kill those dirty fucking Neanderthals.

The high is leaving and normalcy threatens to undo the entire thought process. Sometimes I dig into my "Current Writing" folder, just for kicks. The thing I keep finding is that I am a funnier, more intelligent, and simply better writer than everyone else so far. Sweet butt fucking Jesus on the cross, why don't the publishing pigs throw some fat checks at me? It still remains to be seen. 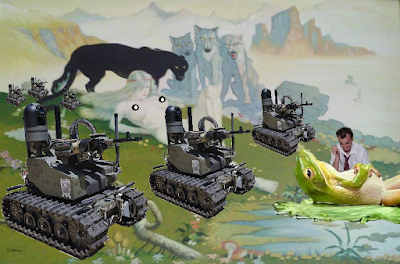 Q-Report: Make Me Your Space Admiral for Life, Commander in Chief Donald Trump.