The Book of Q; Mars 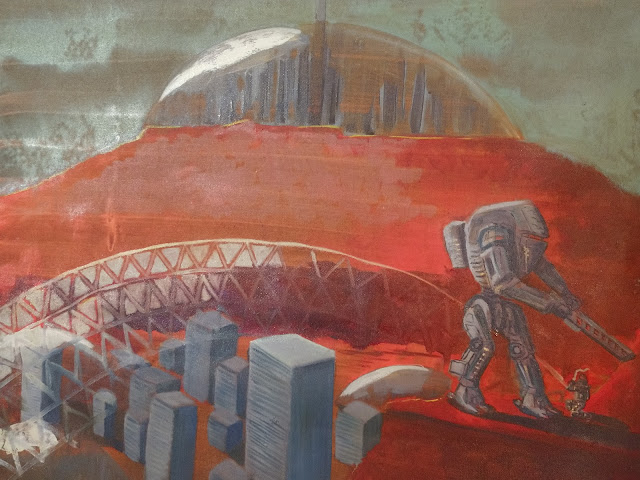 When I wrote The Book of Q I had little to no idea I would entirely break the world with the power of my storytelling. I was trying to heal the world, but instead a collective of misinformation terrorists ran off with the cash and left me high and dry with the fallout. QAnon. What the poops. Going on five years of being Q and unable to explain it to people. Show it to them. I’ve been trying to write the sequel since 2012 and it’s been a hard battle. Was, anyhow. Until I altered my angle of attack and called in reinforcements.

Luther Blissett is not a real person. It is the pen name of an arts collective that wrote the book Q. Which has also been identified as an impetus/inspiration for QAnon, but this is of course a hilarious notion. I know for a fact that QAnon is not influenced by Q by Luther Blissett because that book is boring AF. No anons are going to willingly commit themselves to a dry 300 page story set in reformation Germany unless there are pictures. There ARE pictures but they too are super boring.  Let alone the actual page count of 635. No no. Three Musketeers; All For One And One For All = Where We Go One We Go All. Trump. Space Force (The Alliance). Lizardpeople. The Doomsday Virus. Someone took The Book of Q and turned it into a misinformation LARP of some kind and people died. Continue to die. Real people out there. In the reals. Children even.

Some guy thought his kids had reptilian DNA or some equally psychotic/batshit theory and killed them. Killed his beautiful children because his mind had been poisoned by the radioactivity of misinformation more appealing than reality. Isn’t it all? Whether we believe Jesus is going to return and sort these things out or if Mohammed (blessed be his name) is going to be coming back to sort things out differently or if we’re getting out of here on a comet wearing snappy tennis shoes (our genitals safely sealed in a shared Tupperware) or whatever. People. Whatever. You can believe in all of that crazy shit up until the point where it hurts others. Then? Knock that crazy shit off.

I couldn’t do this alone. Luther Blissett was an anarchist collective? Well, I’ve got my own. My anarchists are better than yours. My anarchists are planted deep within your systems. Virulent cells trained from birth to multiply and spread. But ours is a message of hope. A call to action. An earnest plea. Please, buy more of my books. No one read The Book of Q. Statistically. Oh, our grandkids will certainly be forced to. Believe me. But this time we have a unique opportunity to get our Christmas, birthday, and Hanukkah gifts all at one time. With so many great books available at www.jeremiahliend.com what the hell are you doing here? Buy books now and read this later.

Thanks for reading this. If you are it’s likely that you’re a friend being guilted into giving notes. But to be clear; I’m not looking for notes at this point. We are going no notes. No notes. No pants. No fear. We have arrived at a glorious place beyond fear, pain, and judgment. It is a place that can only exist in the imagination. Come with me now. Let me show you. Lend me your imagination.