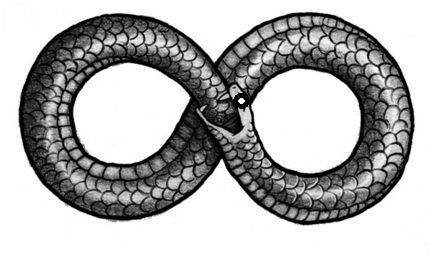 Before beginning this incredibly important (although ultimately boring) timephone report, I have to insist that you pay attention. Right now you’re probably doing something else. Probably at least one other thing? Perhaps more. Pooping with your phone is at least two things and that’s without listening to music. OK OK. That’s the one other thing you can do. You can put on some driving music if you want. Like, music that will make you want to read, not music listened to while driving. Like Sinnerman by Nina Simone. What a great song. You have to pay attention, is the thing. Most people don’t make it past the first paragraph on these reports before doing other things. It is how we have remained consistently below the radar of global intelligence and literary agents for over a century. The key to being the greatest secret agent in history is simply this; bore them to tears and they will leave you alone.

I can’t hold a gun to your head and make you read this. Even if I could I probably would not want to. So I am just going to have to hope that the opening argument landed and forge ahead. It’s all any writer can do, you know? From Aeschylus to Stephen King we are just throwing words at the white void, hoping that someone desperately bored somewhere in the distant and unknowable future will read them. Will pay attention. Will listen to what is being presented. Will open their minds to the possibility. Sometimes we even ask that reader to suspend their disbelief and to go along with things that are insane. Things that could never possibly happen in a billion years. Things so weird and fantastic and absurd that it bends the mind in our attempts to fit it in there. Great writers know that it is a balancing act of bending the mind while not breaking the attention.

I have theorized a written piece that so clearly and perfectly explains my perspective so as to universally inspire hope, wonder, and joy. To transfer the miracles I have lived to witness into a collection of words building sentences that build paragraphs that build a piece. A work that is able to transcend the words themselves, the very art of language, and reach through time and space to shake awake whoever happens upon it. To pull them aside into this corner of my existence and in our brief time together compile and explain a personal angle of attack at our infinite universe. For years and decades and centuries I have tried to create such a work, that I might rise above the powerless futility of my station, rally humanity to the cause of our mutual salvation, and escape the current paradigm of our nightmarish existences. For indeed reality (as it stands) is a horrifying proposal.

You are a consciousness trapped in an advanced primate riding an ovoid sphere through space. Earth may be the only planet in trillions of worlds capable of supporting life and you are stuck here with the rest of life, desperately trying to survive against virtually infinite dangers. You live in a civilization that has been developed by humanity to create dominance over the forces of nature. Often nature will kill a great many of us, just to make sure we are still listening. You will ride in this skull for your lifetime and then you will die and we have no idea what happens to that consciousness, afterwards.  A great deal of theory with very little evidence. In fact science cannot entirely/adequately explain what consciousness IS or where it comes from. Let alone where it goes!? What I know for certain is that your body is going to get super gross, super fast. That science is settled.

What has just been described may not be terrifying to you? Maybe your perspective or understanding of life is radically different from that. Perhaps your system of beliefs creates a certainty within you that knows deeply and profoundly where you will go when you die and what will happen. In fact, this is the primary function of belief systems. To usage the insanity of our brief confusing lives by placing the responsibility for it on a benign God. There are many Gods worshiped on Earth by many different groups of followers. I’m not going to get into them because you probably know this stuff. We’re covering over familiar ground but please, don’t get bored. You have to read to the end of this thing. There is some good news coming, I promise.

A lot of people try to explain the universe in a very simple and understandable way. Creationism is an easy way to understand the universe because it abdicates the particulars to a being in charge and with a plan. We don’t need to know the plan, for the entire thing to come together. Which is really unfortunate for us on the ground, what with the rape, murder, and war all over the place. How IS this child getting exploded by munitions a component of the plan belonging to a loving God? Because that child then goes to heaven? A convenient explanation, but again, for us down here in the world of the real it leaves us with questions. Why do you keep killing innocent little kids, God? What part of the plan does that serve? Because we should workshop some alternative options.

A friend of mine told me the other day that he thought I had a God complex based on a piece of writing he thought was mine. But a robot wrote that chapter. I would never claim to be God unless I were in the end of a Ghostbusters film. I wouldn’t claim to speak for God. I wouldn’t even be able to say I serve or worship them in a structured or consistent way. What I can say is that I have witnessed miracles. Things that cannot be explained by science. Things that defy our understanding of possibility. But in this world we are encouraged to keep such claims to ourselves. For fear of being locked up or tranquilized. They used to lobotomize people who talked to God.

I don’t talk to God, I talk AT them. Once in a great while they message me back. The only place I have ever seen God is through the love, dedication, and deeds of others. A group of children were swimming at a nearby dam when some were pulled under the water. The oldest of them dived and pulled her cousins from danger before she herself was pulled under and drown. It was an act of heroism, salvation, and sacrifice. When I see people, fragile mortal people, giving everything they will ever have for the love of others, I see the movement of God.

The good news is that we all get out alive. That is the message I want to bring you. Because we figure it out. I don’t know how, or when, or why but somewhere here in the future we figured it all out. We came together. We rose above that which separated us and worked together towards our common salvation. Bending the rules of time and space in our favor (for once) we will save them all. All of humanity. Every human who has ever died. We will extract them from the timeline and replace them with a clone. We will bring them to the future, where we all are. At this very moment in the year 3035 we are all together. Every human who has ever lived, and loved, and fought, and created, and died. Their sacrifice was not in vain, nor the component of a grand plan, but rather a weight pushing the collective will of our species towards a critical mass.

In the year 2022 Jeremiah Liend revealed himself as Q to the world. Up until that point he had remained the single greatest secret agent in history, evading the attention of intelligence, media, and literary communities for decades. But when the time was right, he let the people know. He told them what I’m telling you. That we are all working towards a larger purpose, though we may never know it. Unlike 2020, filled with the chaotic white noise of COVID insanity, his voice was heard above the din. People paid attention. They opened their minds and hearts. Then they began to realize. Then they began to help. The rest is history and timephone reports. I’ll see you all in a few more years. Until then.

What are Q Reports?