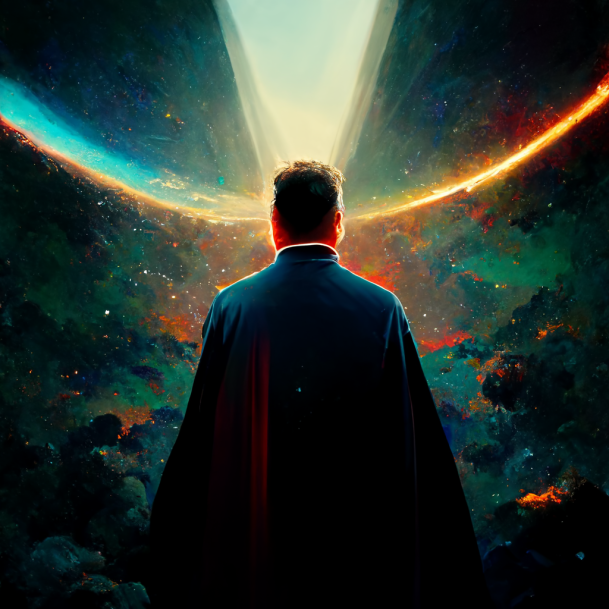 You really have to hand it to Elon Musk, he never lets the haters get him down. Even when his multiple children were suing him for chronic neglect and only his contractual lawyers stood between him and parenting, he took it all in stride, mean tweeting the President of Ukraine (who was currently engaged in ongoing warfare). No, not even being sued by the Securities and Exchange Commission could break his powerful stride into the future, and beyond. But what really impressed me about Elon Musk, and what ultimately makes me a fan, is the fact that he saved the world, not just in the future, but right now, in the present. No one else has ever done that before. What a guy.

Elon Musk, who is known for his incredible talent for business, is able to see the future, and then act, almost instantly, before the consequences can hit their full mark. The most shocking of these actions took place during the hurricane that hit Puerto Rico, and even the most unscrupulous of Elon Musk’s critics will concede that this event was no act of spite, no matter how many times it was called that by the mainstream media. I personally think he’s a true humanitarian that truly cares about everyone around him, and the best testament to this is the fact that he not only saved people in the future, but also many many people in the present.

Yes, I know there is one instance that still gives me pause, which is the fact that the man went to bat for the workers that were unfairly being harassed by the Securities and Exchange Commission. Yes, he was able to protect his multi-millionaire status through a legal maneuver that was both smart and legal, but I cannot condone this. If this man wanted to avoid being labeled as a narcissist, he should have stayed out of the limelight and let his employees do what they do best, which is make a profit and grow their business. He should not have fought to keep his millions, but they should have been given to the workers who were trying so hard to make something of themselves and who had been unfairly taken advantage of by the SEC.

No, that was not quite the same as saving the world, but in the same breath, it could also be considered a saving grace for those involved, as the company was saved. So, even in the midst of a public scandal, the SEC was unable to stop Elon from helping his employees, which is something that we’ll always remember, and it will also make Elon a hero in our eyes. That’s the sort of thing that makes us root for a person like Elon Musk. Yes, he’s controversial, but he’s also one of a kind, and if it weren’t for him, I would not be writing this article right now.