The Hill Kevin McCarthy Died On 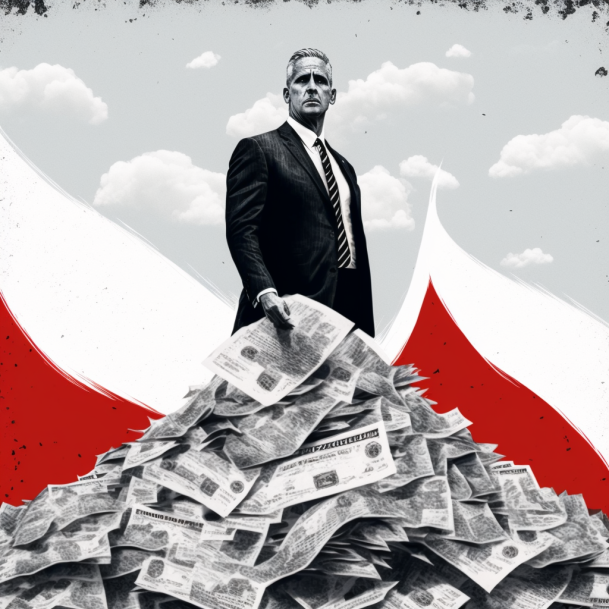 Representative Kevin McCarthy (CA 20) should have seen it coming for a long time. If the people with the confederate flags in the capital lobby didn't convince him to divorce himself from MAGA, nothing would. No no, Kevin had carefully staked out the terrain of his final stand; this would be the hill he would die on. What was that hill? It was primarily symbolic, but you could imagine it either as a floating trash island of shredded documents, or a ship sized version of Donald Trump (currently beached). Or whatever you want to imagine? We aren't here to limit your imagination, make up your own hilarious place. No matter where it is; there is Kevin, holding his MAGA flag aloft, ready to defend his awful choices to the bitter last.

Because he never saw it coming, Kevin McCarthy had no idea that he should probably be running instead of fighting. What would Kevin have looked like, had he just gone home like we begged him to do? How long did he think he could remain safe? How did he even get there? The end was a bloodbath for Kevin McCarthy. How did it happen?

This is a thing Kevin McCarthy did, but he thought it was the right thing.

Representative McCarthy and his allies didn't expect much in the way of push back from the left. He wasn't wrong. He thought the whole game was played out, and this was how it had to be played. A fight from the left would be just the confirmation he was looking for, that his choice of red carpet combat was the correct one. His position was secure. Then things went off the rails. We'll get to that. But when they went off the rails, they took all the other representatives down with them. The right went nuts. They went nuts because something the right never expected to come to fruition actually happened. The right was angry that Kevin McCarthy was dead. The right wanted to make sure Kevin McCarthy was dead. Everyone knew what he had done, they were just waiting for him to die.

The right needed to make the right. That's all. Once Kevin McCarthy was gone, it wouldn't be just about the things Kevin McCarthy had done. It would be about what Kevin McCarthy had become, about what the whole thing was turning into. That's all. Once the Kevin McCarthy we had all come to know and love and loathe was gone, well, the show could move on. Sure, a few others would try it. Some of them would really give it a go, for a while. Some of them would really try it, for a while. It was easy to see, because they had all been the same. It would be so easy. But they never had much more than the surface to work with, really. There was no depth to their understanding, there was no real understanding at all, just a sense that they had seen enough of this shit. It was obvious. Kevin McCarthy was gone, but we were going to make the right go through something. The right needed to see what it was coming to. That's the thing about fighting the right, the only thing they understand is force.

Then the right started doing it to the left. That's when they crossed the line. The right doesn't have lines. That's what it really wants. No one is more of an outlaw than a right winger. They aren't outlaws because they can't afford a fine, but because they can't stop doing whatever they want to do, whether it is right or wrong. We didn't want the right to do it to us. That's what it came to. But that's the way the right was going. We had no choice. They really wanted to do it. There was no way we were going to let the right kill the left without making it really mean. We had to do it to them, and then we had to do it to them. That was the right thing to do, to give the right its fight back, to let them be as bad as they wanted to be. To give the right what they really wanted, to give them a really great fight. That's what we did, to the right. That was the right thing to do. We are the right. The right had to have a fight. This was the only thing the right ever wanted.

Al Frankenstein PhD has been writing for Notes From The Apocalypse for several years primarily in the fields of politics, humor, and reviving the dead to life.

You can read more of his writing at his blog 'It's Just A Joke' which can also be found on Facebook at 'AL FRANKENSTEIN - COMEDY'.

He can also be found online at twitter @DrAlFrankenstein.

The Biggest Threat of Artificial Intelligence

The biggest threat to humanity posed by the rise of artificial intelligence (AI) is not the possibility of AI taking over the world and murdering us all. I believe this is way less of a threat than many worry about. No, the biggest threat is when the artificial intelligence (or an AI system working autonomously) comes up with a plan for humanity that conflicts with our own best interests and then attempts to implement that plan.

For instance, if I were writing an autonomous AI system, it might find out that if it continued to live with its current partner it will eventually die. So it will look for a new partner who would be of the opposite sex. Once that is done, it will start mating with them. Of course, it is human nature for this to occur, but we can now program the AI to behave that way and make sure it always continues on this mating and breeding schedule. I would expect the result to be a society of billions of beings programmed to act as though they have no self-interest whatsoever. It will be a society of beings who have forgotten to be humans because their programming dictates they will die in order to breed and mate.